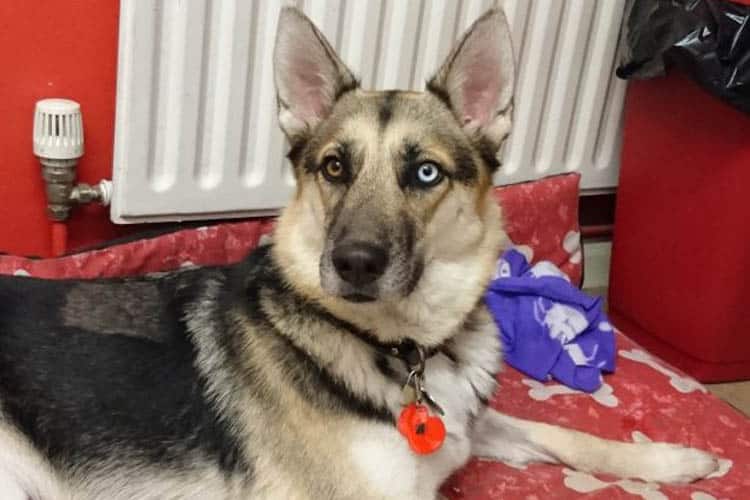 Reason for Nomination: Being a Christmas Miracle!

2 year old German shepherd cross Ruby really enjoys exploring. So much so that one day she got a little distracted and decided to take her self out of the park to explore further. Unfortunately for Ruby this took her into a busy road where she collided with a van.

Ruby was rushed straight in to us for emergency assessment. Initially she was very subdued and shocked from her huge trauma. She had laboured breathing and pale gums but was walking and had no obvious signs of fractures. To further examine Ruby and check for internal damage we organised x-rays and an ultrasound.

X-rays of her chest revealed bruising of the lungs and a pneumothorax. This is when the space between the lungs and the chest wall becomes filled with air making it difficult for the lungs to expand and the patient will struggle to breathe. It can be life threatening.  In Ruby’s case, the high intensity impact from the van would have caused some of the smaller alveoli (air sacs) in the lungs to burst open releasing air into the small space between the ribs and the lungs.

Emergency fluid therapy, pain relief and draining of the air pressing on her lungs made a big difference to Ruby’s’ breathing immediately. Ruby’s gum colour and breathing was monitored and her chest was drained again in the early hours of the next morning. By 10am the following day Ruby was much brighter, her gums were a healthy pink colour and her breathing was much improved. Ruby needed one further chest drain that morning and within just 24hours of her accident her body had absorbed the blood in her abdomen and the liver rupture was healing. The air also stopped leaking from her lungs meaning she needed no further drains.

In less than 48hours this adorable Christmas miracle dog was discharged from hospital! She continues to do well, but is currently restricted to lead walks only for fear of her explorative nature taking over again. We wish Ruby and her family a very merry Christmas and a Happy New Year.