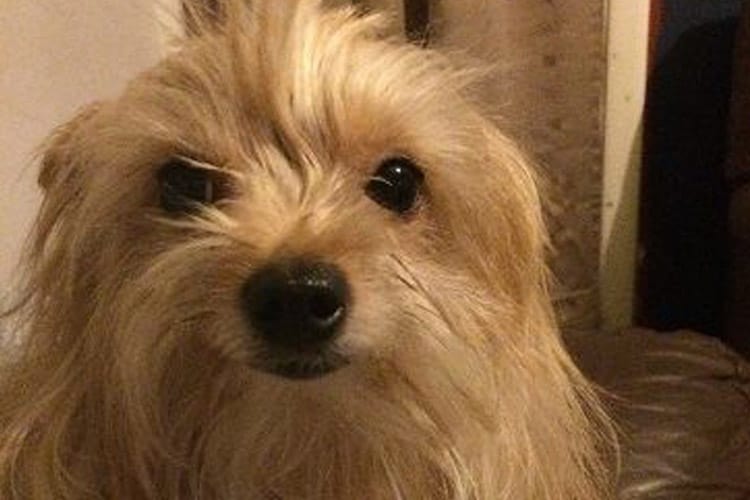 This handsome little man was brought in by his worried parents when he started to pass diarrhoea that appeared bloody. He was also not interested in food and was feeling very dull in himself which is very unlike him.

A physical examination by one of our vets found that he had considerable pain in his abdomen and that he was dehydrated. Beau was admitted for further investigation and care. A general health blood screen was run which confirmed that Beau was dehydrated and had inflammation in his body. Otherwise the bloods were unremarkable and did not tell us exactly what was wrong with Beau.

At this point it seemed most likely that Beau had developed haemorrhagic gastroenteritis (HGE). This is a fancy term but it really only describes his symptoms as it means inflammation of the stomach and intestines with bloody diarrhoea and vomiting. Although this condition is very serious and can be life-threatening, patients generally do well with prompt and aggressive supportive care and treatment of the symptoms. The cause for this ‘syndrome’ is not known.

We therefore started Beau on intravenous fluid therapy to correct his dehydration and other treatment for his symptoms. He received pain relief, gut protectant, antibiotics and anti-nausea medication. All of these were administered intravenously. Early on in his treatment, we expected that he would make a full recovery within 24-48hours.

Unfortunately, Beau has not read the textbooks for HGE. His diarrhoea persisted, he would not eat for us and his abdominal pain kept waxing and waning beyond the above mentioned time period. We decided to perform an ultrasound scan of his abdomen to assess for any notable structural changes to this gastro-intestinal tract and pancreas. The scan confirmed that there was no specific underlying cause for his symptoms. It was noted however that his guts had slowed down in their normal movement and there was thickening of the stomach which reflected inflammation.

We therefore persisted with continued supportive care and added in another medication that would get his guts moving appropriately again. A lot of time was devoted to nursing him and in particular encouraging him to eat. The nurses began an intensive program of syringe feeding because, for a little dog such as Beau, appropriate nutrition early on in his illness would be crucial for his recovery. He also developed sores around his back end due to the bloody diarrhoea and needed regular washing and soothing creams to be applied to the affected area.

During Beau’s stay at the hospital, his hydration was maintained by giving him intravenous fluids. An intravenous catheter is placed for this purpose. Current optimal standard of care protocol requires that these catheters are replaced in a new vein every 72 hours to minimise the risk of inflammation of the vein (phlebitis). Beau, therefore, had several catheter changes but, unfortunately, despite our precautions, he still developed mild phlebitis. We are not sure as to why this happened but fortunately, it only developed towards the end of his stay with us and so we were able to stop his IV fluids and the phlebitis resolved.

12 days after admitting Beau, he was finally discharged. His mum could not wait to take him back home again. He was still passing diarrhoea but had started to show interest in food and was eating some chicken by himself. His mum rightly felt at this point that he would be happier and would eat better at home. He has not looked back since.

This was a rather unusual and severe case of HGE. While at times there was concern for his welfare, Beau soldiered on to make a full recovery. We did love having him with us as he is such a lovely and gentle soul but we were even happier when he was reunited with his family.