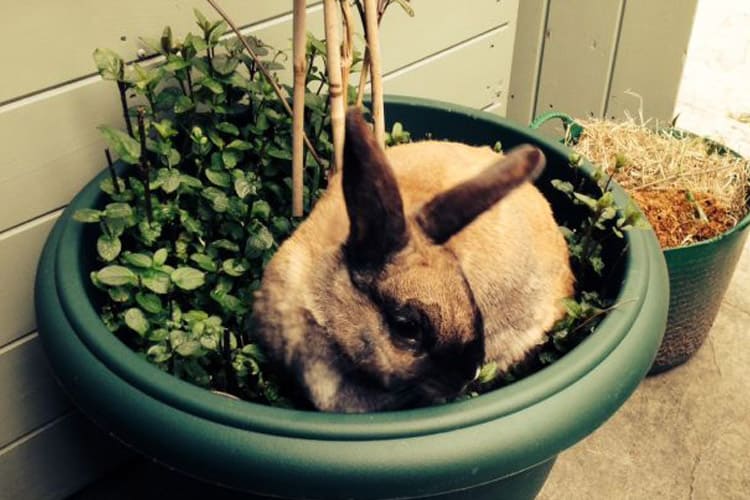 Reason for Nomination: Beating the dangers of Gut Stasis

Kate was presented to us because she was not eating for 2 days and she was not passing faeces. She was also quiet in herself.

When we examined Kate we identified her problem to be that her guts had stopped moving. This is a serious problem in rabbits that is unfortunately not all that uncommon.

To understand why this is a problem, we have to understand the way a rabbit’s guts work. Rabbits have a simple stomach. A part of the large intestine called the caecum is the most important part of a rabbit’s gut. Rabbits must eat food that has a very high fibre content. This is very poorly digestible. The purpose of this high fibre diet is not to provide nutrition but to keep the guts constantly moving.   Most of the fluid and some smaller particles of the food is sent to the caecum where it undergoes fermentation. This process creates soft pellets called caecotrophs that then exit through the rest of the large intestine and collect around the back end of the rabbit. Rabbits will then eat the caecotrophs which are much higher in nutrient content. A very efficient system using food with low nutritional value!

So, a diet that does not have a high fibre content can therefore reduce the motility of the guts leading to a vicious cycle which can ultimately be fatal. There can be other causes for the guts to slow down or stop. These include pain (like dental disease) reducing food (fibre) intake; stress; or a blockage of the intestines by for eg a hairball. Ileus (when the guts stop moving food along) is known to be painful and hence can lead to a deteriorating vicious cycle.

We needed an idea of how serious the problem was with Kate. Measuring blood glucose levels has been shown to be a sensitive indicator of the severity of the disease. It can also indicate the likelihood of an obstruction. There was further concern of an obstruction because she had a palpable distended stomach.

For her treatment she received pain relief, drugs to get the guts moving again, antibiotics and intravenous fluid therapy. To administer intravenous fluids and medications in rabbits an intravenous cannula is placed in a vein in their ears because this is easily accessible and also usually large enough! Nutrition is a very important part of the treatment for the reasons mentioned above and so an appropriate liquid diet was syringe fed at regular intervals.

Over 2 days hospitalisation she continued to slowly improve. The stomach distension also resolved on the third day at the hospital and she was discharged. We saw her for 2 more days to administer some more fluid therapy. She has continued to do well!

The initiating cause for Kate’s illness is unclear. Her diet is appropriate, and we could not find any focus of pain otherwise like a dental disease. We suspect with the sudden onset of the illness that she either had an infection or she underwent some stress. With rabbits being prey species they are very susceptible to stressors that are not always apparent to us. Her symptoms were recognised quite early on which made her prognosis much better and we are very happy that she has made a complete recovery.