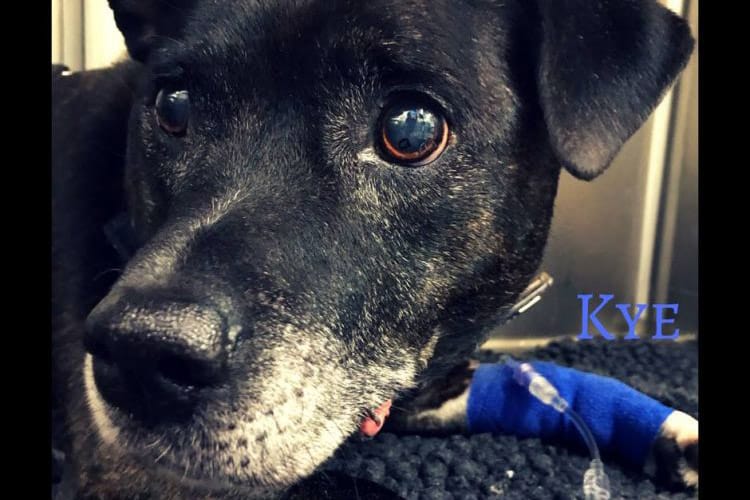 A lucky discovery on a pre-operation blood sample

Kye is a 13-year-old Staffordshire Terrier who has recently been unwell.

He came in for some routine dental work in November last year and on the day of his dentistry, prior to his anaesthetic, he had a blood test to ensure he would be well enough for the procedure. Unfortunately, instead of showing him to be healthy, abnormalities were detected. Because of this, the dental work was postponed and we decided to investigate these changes further.

Chest x-rays and an ultrasound were the next steps. Whilst his heart and lungs were well, we, unfortunately, found there to be a mass on his spleen. Thankfully the rest of his abdomen was ok.

When a splenic mass is found then there is about a 50% chance of it being cancerous and 50% chance of it being benign. There is also a chance that the mass can rupture and cause severe abdominal bleeding whether or not it is cancerous. Due to this, a mass on the spleen cannot be ignored. Despite his age, Kye is a robust and strong boy. We all felt that we wanted to give him a chance so surgery to remove his spleen was planned.

The surgery all went to plan and Kye recovered quickly and well. He stayed in for two days after his operation to ensure he received good pain relief and nursing care but seemed to bounce back to normal straight away.

On another good note, Kye now has a little friend at home – a puppy Dogue De Bordeaux called Jessie – who is keeping him young and providing lots of love and cuddles.