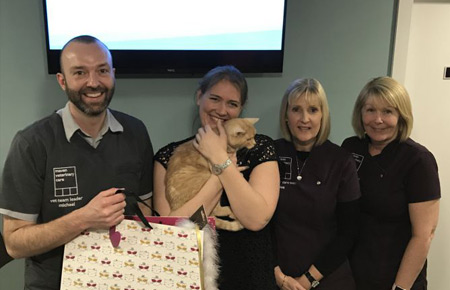 Summer Baker, a beautiful 13 year old British Short Hair cat, has won the title of Maven’s Pet of the Year 2017!

The prestigious title was awarded following a public vote during December 2017 with Summer winning the closely fought competition, beating 11 competitors.

Summer had been our Pet of the Month in January 2017 following treatment for severe kidney problems. Her condition means she has frequent visits to the vet to keep her healthy and happy. Between times, however, she loves to be snuggled up with her mum at home.

Winning her new title, Summer received a hamper of goodies and her mum received a voucher for local restaurant ‘Tas’ in North Cheam.