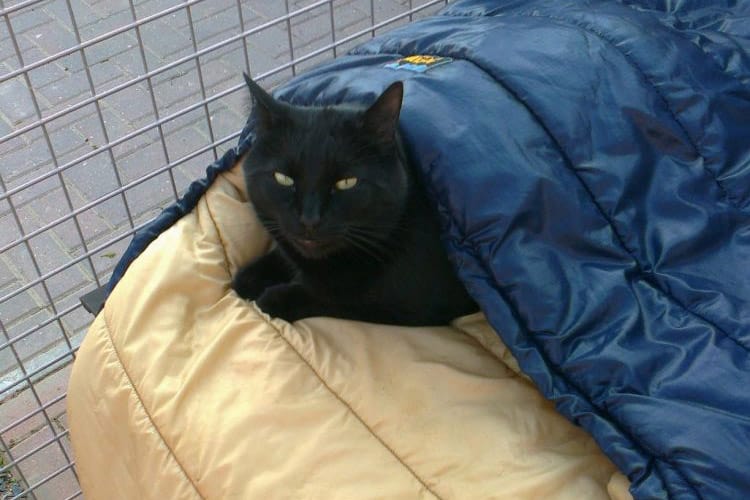 Reason for Nomination: Being Amazingly Courageous

Sooty came in to see us in March because he had been having loose stools for six weeks. Unfortunately, on assessment he was found to have a large mass in his abdomen. We needed to know more about this and his overall health so we planned to run a blood test and to organise a specialist ultrasound of his abdomen.

The blood test showed some mild changes to his liver enzymes, the ultrasound showed that he had a large intestinal mass that was close to perforation. He would need surgery quickly.

Surgery was planned and performed in the week after his ultrasound. During the surgery the mass was found to be associated with the connective tissue of his intestines and affected the blood supply to his intestines. This made removing the mass very difficult. Unfortunately, during resection of the mass Sooty had some bleeding and we finished the surgery worried about the blood supply to of some of his intestines. His recovery from this surgery was not as we would have liked so two days after his procedure we went to surgery again to reassess the small intestine at the site of the mass. The good news was that the intestines were intact and had not leaked. The bad news was that most of his jejunum (a part of the small intestine) looked discoloured and needed to be removed. This was due to the blood supply to the area being compromised by the mass we had resected in the first surgery. Sooty’s second surgery was also difficult but went very well.

Over the next 8 days Sooty stayed in hospital with us. A combination of food through a feeding tube, intravenous fluids, antibiotics, gastrointestinal protectants, pain relief and a whole heap of TLC (from us and his fantastic owner) allowed him to gradually improve. We were thrilled when he finally went home!

He steadily improved at home over the next month and gradually became the Sooty of old.

Sadly, after being home for almost a month he suddenly deteriorated with severe liver disease and pancreatitis. We looked after him here again but with heavy hearts had to let him go a few days after he was admitted as we felt he was not going to improve.

Words can’t do this cat justice. He was a fighter, fiercely courageous and always purring. He has left a lasting impression on all who helped care for him here. We will miss him dearly. A special mention has to go to his inspirational mum – she never gave up hope and devoted herself to his care throughout his illness. They were lucky to have each other.