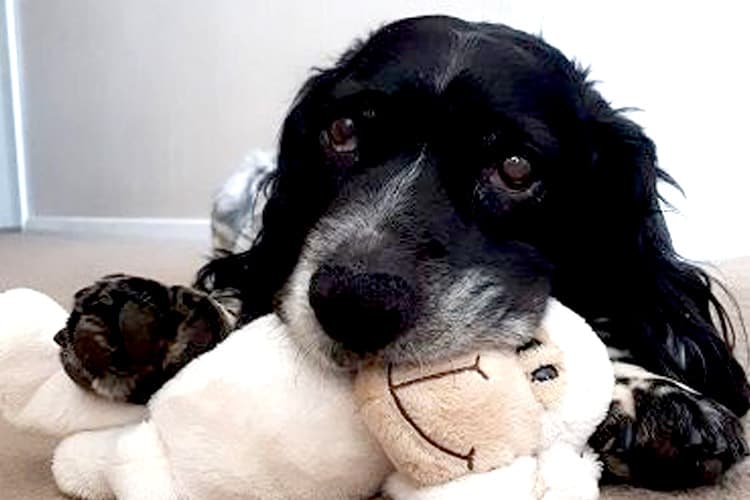 Reason for Nomination: For being the perfect patient

This brave boy came to us through our night team, Vets Now, having had a very high fever and severe abdominal pain, vomiting and diarrhoea. He had had exploratory surgery at another practice several days previous which found a retained testicle, but nothing was identified which explained his signs and he was deteriorating.

We performed an abdominal ultrasound scan which showed that poor Barney’s prostate was enlarged with a nasty abscess, which was causing the pain and fever. Prostate disease is more common in older dogs who have not been castrated, but it is uncommon for it to be this severe.  We started Barney on three different antibiotics to hit the infection as hard as we could, but we were very concerned that he would not pull through.

Amazingly within 24 hours of starting treatment Barney started to eat for himself and was brighter and wagging his tail! He was the perfect patient throughout his stay; he is such a gentle soul and never made a fuss for any of his treatments. After 4 days his white blood cell count had returned to normal and he was ready to continue his recovery at home.  After several long weeks of oral antibiotics, the abscess resolved and Barney is now back to his usual tricks at home!

It was a pleasure to have Barney in the hospital with us but we are thrilled he is now back with his family and enjoying life to the full.