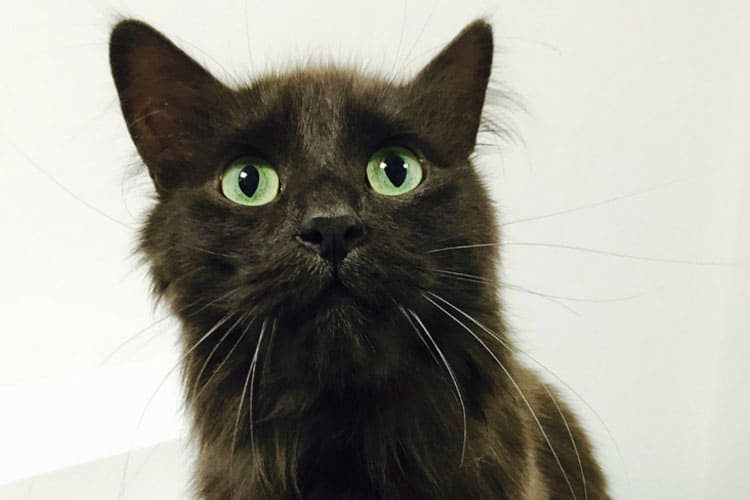 Retaining his cheeky personality despite being hit by a car

Little Mohawk is quite the character. As cute as they get, and as tough as nails.

He was brought in to see us on a recent weekend after he turned up at home, dragging himself along the ground. When we saw him he was feeling pretty sorry for himself and was not able to use his right back leg. Clearly he needed some help!

We kept Mohawk in, gave him some very strong pain relief, did a blood and urine test, and took some x-rays. The blood test showed that he had lost some blood and the x-rays showed that his pelvis was fractured in four places! Sometimes pelvic fractures can heal without surgery but, unfortunately for Mohawk, the fractures in his pelvis were affecting his hip joint and so surgery would be required to make sure he got full use of his leg back. The injuries he had sustained were consistent with him being hit by a car: he was lucky to be alive.

Prior to Mohawk having his surgery we noticed he was also not urinating or defecating as well as we would have liked. We were worried that as well as his pelvic injuries he may also have a spinal cord injury affecting his ability to go to the toilet.  Surgery for his pelvis was postponed until we knew more about his ability to wee and poo.

Thankfully, after 36 hours in hospital he finally urinated and defecated on his own giving us confidence that his spine was ok! We excitedly called his owner and planned his pelvic surgery.

Mohawk had his surgery two weeks ago now. In order to allow him to use his leg, the top part of the leg which sits inside the hip joint was removed- this allows a false joint to form in this area and means Mohawk will be pain free in using his leg (once he has fully healed)!

His human mum and dad will need to hold him back a little longer to allow everything to heal was well as possible… this will be easier said than done!